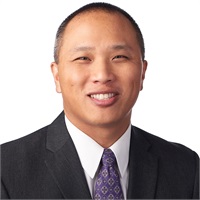 With over 20 years of experience in the financial services industry, Mike Loo has spent the majority of his time committed to learning all aspects of financial and estate planning, especially in the areas of wealth accumulation, distribution strategies and wealth transfer strategies.  In this very competitive industry, Mike helps clients understand that all financial areas are equally important to reaching their goals.  He believes in a complete overview approach for all of his clients.

Mike entered the financial services industry in 1996 with an internship at A.G. Edwards.  He then continued on with internships at State Farm Insurance, Merrill Lynch, and Pension Specialists later that year.  Upon graduating from the University of California at Davis in 1997 with a dual concentration in Consumer and Managerial Economics, he accepted a job with Franklin Templeton Investments.

Mike took a break from the corporate world in August 2000 to attend the University of Southern California’s (USC) Marshall School of Business, a top tier business school ranked in the Top 25 schools in the nation, where he earned his MBA in Finance in 2002.  Upon graduating from USC, Mike accepted a job with Trilogy Financial Services.  Today, he functions as a Vice President of Investments at Trilogy and an LPL Investment Advisor Representative.

A native Californian, Mike competed in both wrestling and swimming at the high school level.  Prior to having a family, he was a Big Brother in Big Brothers Big Sisters of Orange County.  He currently resides in Irvine, California with his wife and two children, but travels to the Bay Area multiple times throughout the year to meet with clients in Northern California.  Learn more about his passion for helping others and why he became a financial advisor here.